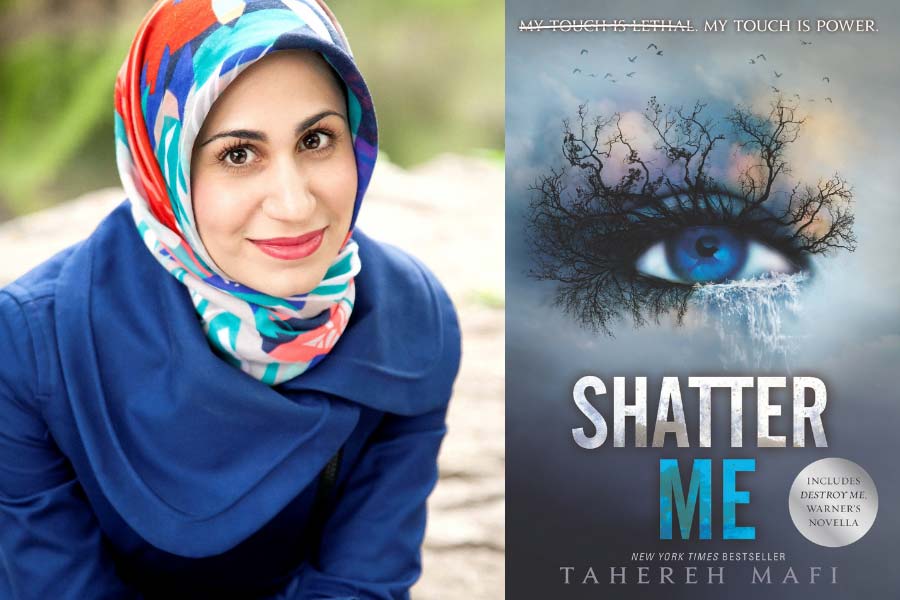 Tahereh Mafi Made Me Cry

Autocorrect doesn’t even want to recognize her name, keeps telling me I’m trying to write ‘There’. But I’m not. I’m trying to write Tahereh because I’ve just come back from the Grand Hyatt in New York City, and her words are still ringing in my head.

Mafi stood up on the podium in front of more than a thousand writers and illustrators at the SCBWI Winter Conference and told us to lean into our pain, lean into the rejection we all experience as writers and artists over and over again. Rejection by agents, rejection by editors, rejection even by readers who don’t ‘get’ what we’re writing. She told us to ignore the advice writers so often receive that they need to develop a thick skin. She told us we shouldn’t try to anesthetize ourselves against the pain that necessarily comes with ‘commoditizing’ our inner lives, with making a product out of our thoughts and hopes and fears, and being told the product isn’t good enough.

She said that having a thin skin is good for a writer.

She told us about her mother, “The best person I’ve ever known”, whose skull was cracked when she was just fifteen, because she was caught walking around in the wrong place at the wrong time somewhere in her native Iran. When Mafi was struggling to be published, her mother read every word she wrote and was never afraid to tell her when the writing was terrible. Her mother also cried when Shatter Me was finally given a yes.

Mafi revealed that she still has the handwritten notebooks where she kept the details of her submissions when she first began sending out her manuscripts. She wrote five books before breaking through with Shatter Me. Five books. She wrote them quietly and secretly, learning everything she could about publishing from the Internet, never having the courage to attend a writers’ conference or even to call herself a writer.

Mafi’s writing was rejected by agents and editors hundreds of times. Yes, I’m pretty sure she said hundreds. But she persisted.

The last I saw of Tahereh, she was sitting behind a table in her sparkly silver top, smiling tenderly as she signed book after book, the line of her fans snaking the length of the ballroom.