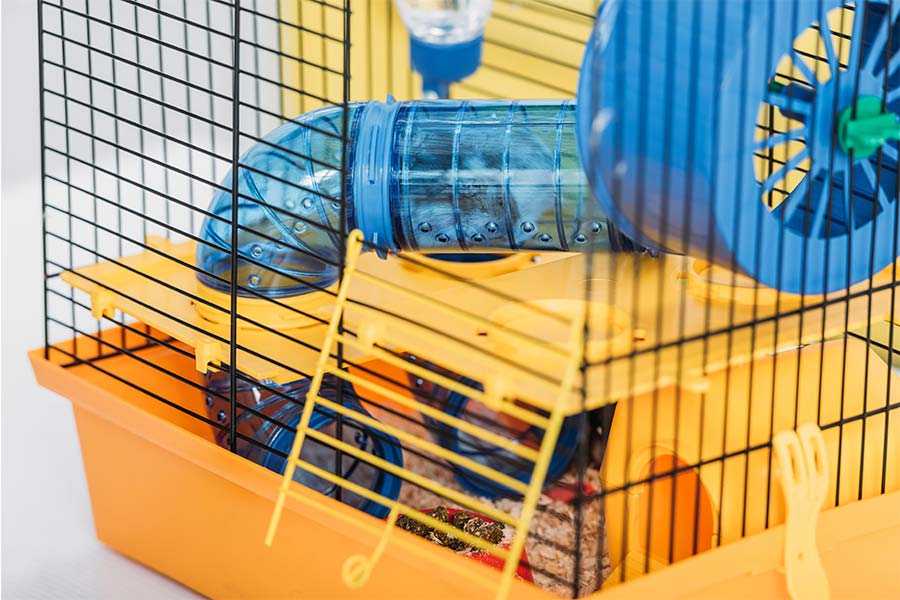 Who Cleans the Cage?

Part of my job description as mother, apparently, is keeper of domesticated rodents. But that’s okay. I’m not of the school of thought that classifies hamsters as tail-less rats. They don’t freak me out in the least. I’m even a little charmed by the way they stow all their food in their cheeks and hurry off to some hidden nest, like a binge eater running for cover with a pint of ice cream. Since our hamster passed on to a better place (let’s face it, most places would be better than the square foot of sawdust he occupied on this earth), we’ve switched rodents. We’re now the proud owners of three guinea pigs. We forsook hamsters on the grounds that their life expectancy is too short. Guinea pigs can live up to thirteen years, according to some Web sites (I’m with the sites that call for five to six years, by the way; but then I clean the cage) so the hope is that we’ll be out of mourning until middle school, at least.

You can learn a lot from observation of domestic rodents, by the way. Take hamsters. A caged hamster spends his entire (short) life searching for a way out into the wide world. Day and night, he scrabbles at the bars with his claws, and gnaws at the wire with his buck teeth. He lives only to escape. Sometimes he fantasizes that he has escaped, and that’s when you see him on his wheel, running like hell, the wind in his fur, a frenzied look in his pink eyes.

Guinea pigs, on the other hand, feel safest and happiest behind bars. Leave the door open for a guinea pig and he will peer cautiously over the edge, and then scurry back to a far corner of the cage, there to consult fearfully with his peers. As they huddle together, eyeballing the opening in obvious terror, you feel compelled to put them out of their misery by closing the door. Guinea pigs don’t give a hoot about the big world out there. They live for good food and good conversation. In a pinch, even bad food and the rattle of a clothes dryer will do.

If a hamster escapes, he can sometimes be found months later living a dangerous life inside somebody’s mattress, happy as Larry. But most often, he’s found days later, a stiff and malodorous corpse.

At a certain point, you ask yourself which species of rodent you most resemble—the hamster whose motto is live free or die; or the bon vivant guinea pig, content with his recycled-newspaper lot in life.