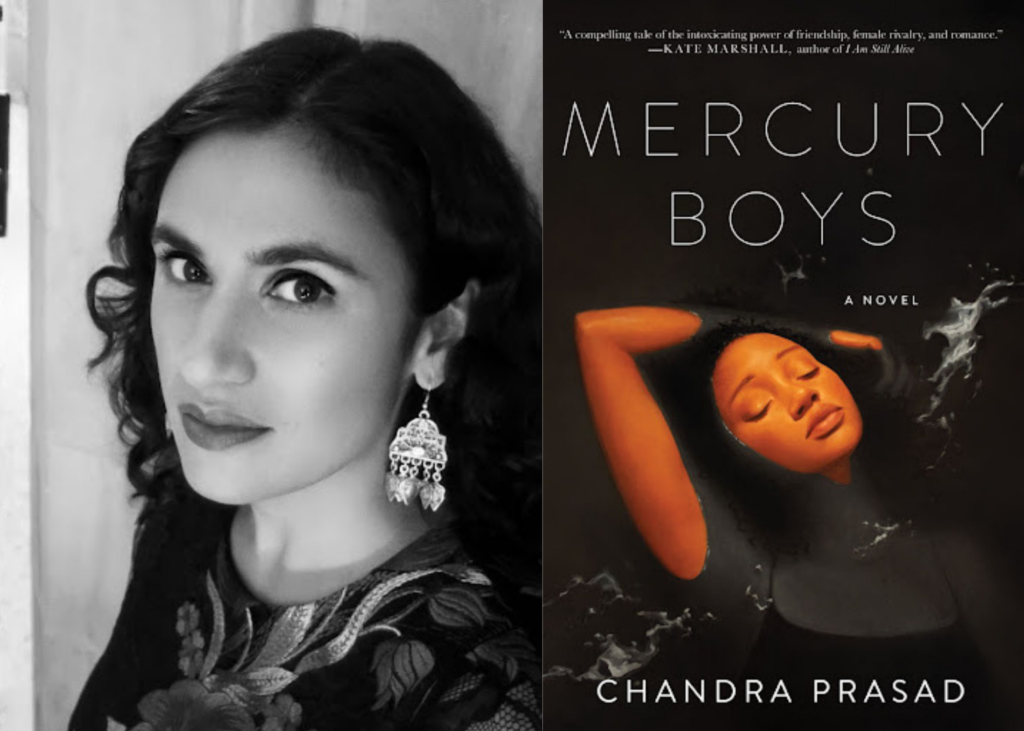 In this interview with Chandra Prasad, we discuss how she was inspired by ‘the first selfie’ to write her new YA novel, Mercury Boys.

Hi Chandra! Would you mind sharing how you generate story ideas? Do they come to you fully fledged, or do you work from a single spark or scene? Can you talk about how the idea for Mercury Boys came to you specifically?

Generally speaking, it’s the spark that comes first.  Eventually, that spark of an idea either runs out of oxygen or transforms into a fire and becomes a full-fledged novel or short story.  For Mercury Boys, I was inspired by an image: a daguerreotype (a type of photograph popular in the mid-1800s) that I spotted in the news.

It was a photographic self-portrait of the little-known American inventor Robert Cornelius, and it made headlines because it was identified as the first ever “selfie.”  Though blurry and a bit tattered, the daguerreotype is quite arresting. Robert Cornelius stares at the camera defiantly, almost confrontationally. 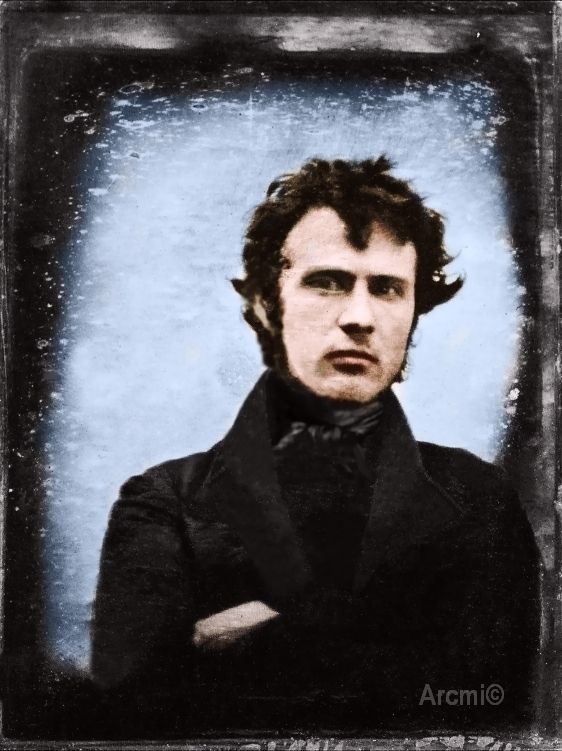 When I saw that image, I wanted to know more about him, so I went digging.  Turns out Robert Cornelius was a fascinating person. He was not only an inventor, but also an enterprising businessman in lighting, chemistry, and photography, eventually making revolutionary advancements in all three fields. In learning about Cornelius, I also absorbed a lot of information about daguerreotype-making.  It’s a complex and potentially dangerous process that involves the use of mercury and other toxic substances.  Reading up on daguerreotypes led me to the history of mercury, which is another fecund subject.  Throughout the ages, mercury has been associated with everything from immortality to fertility, magic to alchemy.

Eventually, all this research on Cornelius, daguerreotypes, and mercury coalesced into the notion of old photos as portals.  In Mercury Boys, a group of teenage girls discover that they can “visit” the people in old daguerreotypes in their dreams, and they decide to create a secret society around this discovery.

You’re someone who writes in different genres. Your latest–Mercury Boys–is YA. Can you share why you’re writing in this genre now? What draws you to YA? Do you intend to stick to YA from now on?

I expanded from general fiction to young adult a few years ago with the publication of my modern, female-centric survival novel Damselfly. I branched out for a few reasons.  First, I’ve always been a huge fan of YA fiction.  Some of my all-time favorite novels—The Golden Compass, Anne of Green Gables, Code Name Verity, The Outsiders, Eleanor and Park, Hatchet, The Fault in Our Stars, and A Separate Peace—are YA.  Second, when done properly, YA novels are every bit as nuanced, evocative, and unforgettable as the best adult works (the books I just listed are testament to this). Third, YA has a huge readership: kids, teens, and adults all gravitate toward this genre.  Fourth and finally, I have a teen and a tween at home, so our house is stuffed with YA novels. I wouldn’t be able to escape YA even if I tried.

By the way, I haven’t given up on general fiction. Going forward, I will be writing in both genres.

Give us a glimpse into your writing life. Are you very disciplined, cranking out a certain number of words a day? Or do you write when you feel inspired? Is writing your full-time occupation? If not, how do you juggle the demands of your non-writer life?

When it comes to productivity, I try to adhere to the same daily formula: read over what I wrote the previous day, edit, do new writing.  I always work while my kids are in school and I prioritize that time, meaning I don’t make calls, run errands, or squander those hours.  Nevertheless, I have to admit that my writing schedule fell apart during Covid, when both my kids and my husband were at home. I’m only now settling back into a normal routine again.

Tell us about where you like to write–a room at home? In coffee shops? The library? What do you need to have around you to be productive? Do you use props like music, Pinterest boards etc for inspiration? Do you use Word or writing software like Scrivener?

I am lucky in that I have my own room in our house.  Virginia Woolf was correct in that a woman truly needs her own space and freedom to make a career in writing. I often shut off the internet on my computer so I am not tempted by the distractions of the web or social media.  The same with music—sometimes it’s just too distracting for me.  I even wear noise-cancelling headphones to block out everything else except the story I’m trying to get on paper.  I do use images, though. When writing Mercury Boys, I frequently referred to certain daguerreotypes for inspiration.  These daguerreotypes are even published in the novel.

I’ve never tried writing software and I doubt I ever will. I’m old-school in that I still use Word.

Can you tell us about your process: do you outline before you write, or does the story grow as you write it?

I use Excel to plot my novels and characters ahead of time, so when I’m writing, I’m not making on-the-fly decisions. Intuitive, unplanned writing works for other people, but it’s never worked well for me.  Do I ever veer from my pre-planned plot?  Occasionally—but never very far. However, sometimes my characters do surprise me.  I’ll end up giving a secondary character a starring role or I’ll write dialogue that shows a side of a character I didn’t originally envision.

Are you a writer who works alone or are you in a writing community? Have you used workshopping, and has it been helpful? How do you avoid feeling isolated, as a writer?

I have a few writer friends I rely on for input and support. For the most part, though, my literary agent and the editors are the people who gives me the best advice and direction.  Ever since childhood, I’ve found that being around a lot of writers can actually be detrimental for me.  There are too many voices in the room, too many opinions to consider.  When it comes to a writing community, I’m partial to quality over quantity.  Most of my closest friends are actually not writers.

What do you find most difficult about the process of writing a novel? What comes to you easily?

The most difficult part of the writing process is pumping out a large volume of text each day.  Writing a novel means writing thousands of words, which can be challenging if you tend to be a perfectionist and nitpick and criticize each and every sentence.  I frequently have to remind myself that getting the words out for the first draft is by definition a messy and imperfect process. I try to ignore my inner critic when I’m writing a new scene and remember that I can always revise and edit later.

Fortunately, ideas come very easily to me.  In fact, the list of what I want to write is very, very long.  I don’t know if I’ll get to the bottom of it in this lifetime.

Lastly, of all the characters you have created, which one would you most like to have in the car with you if you broke down in the middle of nowhere and had to camp for a couple of days waiting to be rescued? Why?

This one’s easy.  If my car broke down in the middle of nowhere and I had to set up camp and be ready for setbacks and problems, I’d want Mel Sharpe with me.  She’s an important character in Damselfly, a shrewd, creative, and learned young lady who has been trained as a survivalist by her father and as a botanist by her mother. Mel knows how to make the most of scant natural resources, and is brave, strong, and assertive to boot.

Mel wouldn’t wait to be rescued.  She’d rescue herself.